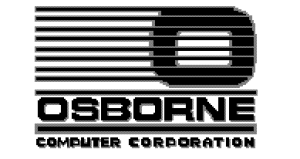 Founded in 1972 as Osborne and Associates by Adam Osborne in California, and renamed in 1979 as Brandywine Inc with a portion of the proceeds of the book company sale. Adam Osborne’s entry into the computer market was publishing manuals for microcomputers based on the new Intel processors. Adam Osborne wanted to produce portable personal computers, and after selling his publishing business to McGraw-Hill for a rumored $3 million, Adam Osborne asked Lee Felsentine to develop his portable personal computer with the result of Osborne 1.

The Osborne 1 with Quad drives and 80 Column Screen.

The Osborne 1 was finished by late 1980, and featured a unique design such as the 5 inch monitor, two floppies, 64K, Ram and package software which included the CP/M operating system, basic programming, Word Star, Word Processing, and Super Calc. In December the company hired Thomas E. Davidson to head up manufacturing, and the company incorporated as Osborne Computer Corp with $1 million of seed capital from Jack Melchore, a respected venture capitalist in Silicon Valley. The design of the Osborne 1 could fit under an airplane seat. The package included $2000 worth of retail software alone, but the Osborne 1 personal computer with everything included shipped for a mere $1795 in 1981. The price tag was set low for market expectations and Osborne predicted 10,000 units per month, but instead they only sold in total 10,000 units. Osborne had difficulty meeting demand, and as production increased, quality control became more and more of an issue.The software was offered free with the Osborne 1, since Osborne in exchange of the software gave shares. First shipment were in July 1981, and the next 8 months. The company shipped 11,000 units with an order backlog of 50,000 more. The first machines had some bugs which costed the company $140,000 to correct. To support the strong marketing campaign Osborne felt that more money was needed, and went back to their investor for another $1.6 million. Although the company lost $1.2 million on sales of $5.8 million in the first year, most investors felt that this was expected. Despite the initial success, Osborne had heavy competition from Kaypro Computer, which offered portables with CP/M and larger screens. Apple Computers offered computers with a large software library and IBM 16-bit IBM PC was faster, more advanced, with a rapidly growing software library. Osborne tried to raise $20 million in capital to rush an IBM computer on the market, but was unsuccessful. In January 1983, Osborne approached Robert Jaunich, which concentrated on the operations end of the company. 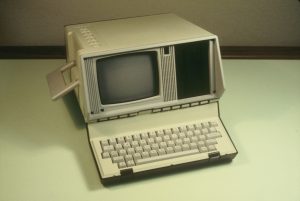 The final blow was in 1983, when Adam Osborne boasted about an upcoming product months before it could be released, killing demand for the company existing products. It is presumed that this boast was for the Osborne Executive, which was released in May 1983 for the price of $2,495, and featured a 7 inch monitor. The machine did not sell well presumably because of its predecessor Osborne Vixen which was dropped by December, a smaller portable that had to offer compatibility not only with earlier Osborne models but also with MS-DOS, allowing running software designed for IBM computers. Dealers started to cancel orders for Osborne 1. Unsold inventory piled up and in spite of special offers sales did not picked up and on September 1983 OCC had to declared bankruptcy. Employers on arriving at work on the final day of operation were greeted with security guards who instructed them to leave. No salaries were paid and the guards attempted to stop them from the company property, but some employees still managed to reap a small recompense. Nine days later a group of 24 investors filed suit against OCC and several individuals, seeking $8.5 million in damages for masking the company’s true financial situation and accusing several directors of the company of insider trading.

Osborne emerged from bankruptcy in the mid 1980s, and went back to the publishing world when Paperback Software International Ltd was founded as a company specializing in inexpensive programs. After legal disputes with Lotus, Adam Osborne resigned as head of the company in 1990 and returned in India, where he again invested in computer technology. Adam Osborne, died on 18th March 2003 in Kodiakanal, southern India.